Congratulations Varsity Baseball on winning the Lions Tournament this week. It’s the 3rd time in school history (1950, 2000).  Gavin Graff was the tourney MVP. 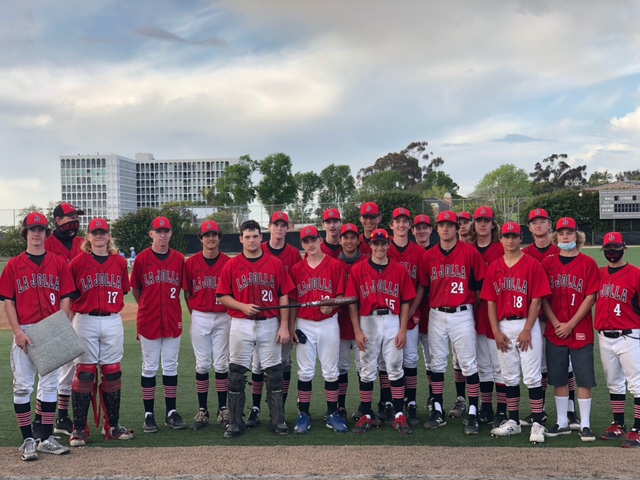 The La Jolla High School baseball team completed a 4-0 week winning the 70th annual Lions Tournament for only the third time in the school’s history.
The Vikings were one of the original eight teams in the tournament’s first year (1951) and won the tournament that year as well as in 2000.
The Lions Tournament is the oldest and largest high school tournament nationally, usually drawing up to 130  teams from all over the country..
Senior Gavin Graff pitched a complete game shutout in the tournament opener beating Shadow  Hills  High School (Indio), while scattering seven hits and striking out nine.
At the plate for the tournament, Gavin went 6-12 with 7 rbi’s and 5 stolen bases earning the tournament most valuable player award.
Senior outfielder Luke Roberts also had an outstanding tournament going 7-13 with 4 runs scored.
In a challenging pitching week–four games in four dayas –the Vikings used 8 different pitchers with veteran coach Gary Frank calling on Declan Kelly in the championship game. The freshman delivered,  allowing only 2 runs in 4 innings striking out 7 and earning his first high school victory in the Vikings title clinching 8-6 win over Marantha Christian High School.
Coach Frank had high praise for his team after the finale.
” This was a good win for our team against some good competition. We came from behind in two of the games and proved that we have the talent to compete against any opponent”
Apr
12

Girls Junior Varsity Tennis vs. Academy of Our Lady of Peace