Twelve players will be chosen from the team to compete at the 2019 FIVB Under-19 World Championship on Aug. 21-30 in Tunisia.

All 12 players from the 2018 Boys Youth National Team that placed second at the NORCECA U19 Championship and qualified for the World Championship are on the training team.

The team will train at the USAV High Performance Championships on July 13-22 in Fort Lauderdale, Fla.

Pepperdine Men’s Volleyball Head Coach David Hunt will serve as the team’s head coach. His assistants will be Nick MacRae (Long Beach State) and Colin McMillan (Penn State). Kevin Burch(Ohio State) will work with the team during training while Mitch Lush (Ohio State) will take over as technical coordinator for the World Championship. 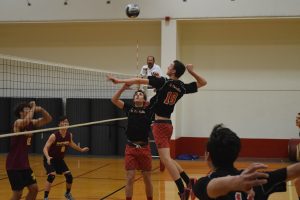